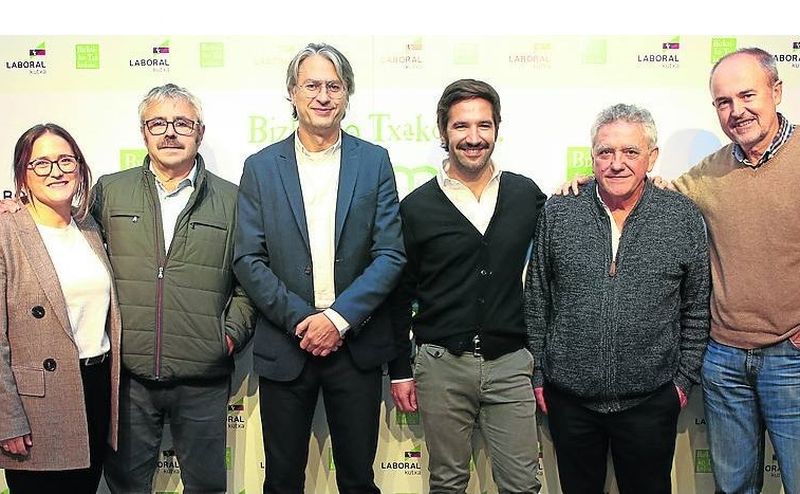 Posted at 15:00h in Sin categoría @en by bizkaikotxakolina
Share

Leioa, 11-13-19. Thanks to the Agreement signed with Laboral Kutxa by which they sponsor the Forum that is held annually, the fourth edition of the Bizkaiko Txakolina / Laboral Kutxa Forum took place on Monday November 11, at the Azkuna Zentroa in Bilbao.

The sociologist and writer Lluis Tolosa and the general director of Vintae, Ricardo Arambarri, presented their presentations on wine tourism and brand creation.

The presentation on wine tourism was given by the sociologist and writer Lluis Tolosa (Barcelona, 1968). Tolosa is a writer specialized in wine tourism and popularizing the culture of wine. He has published 20 books, including the one titled “Wine Tourism Marketing: 12 common mistakes, 12 alternative proposals”, Best Wine Tourism Book in the World award (Gourmand World Awards, China, May 2018). Other of his publications have also been awarded in specialized competitions in Paris and Frankfurt.

Ricardo Arambarri, (Logroño, 1984), co-founder and CEO of the wine company Vintae, presented a presentation on brand creation. Arambarri spoke from his experience at the helm of Vintae, a company with fourteen years of experience that produces wines in fifteen appellations of origin from Spain and in various areas of Chile. Five years ago he entered the hospitality world by founding Wine Fandango, a wine bar restaurant, in Logroño. In 2016, together with a group of Catalan producers, he created the company Democratic Wines, dedicated fundamentally to promote wine among new generations of consumers.