The Regulatory Council, together with the Rotary Club of Bilbao, selects the Magarlarte Zamudio txakoli for a charity campaign 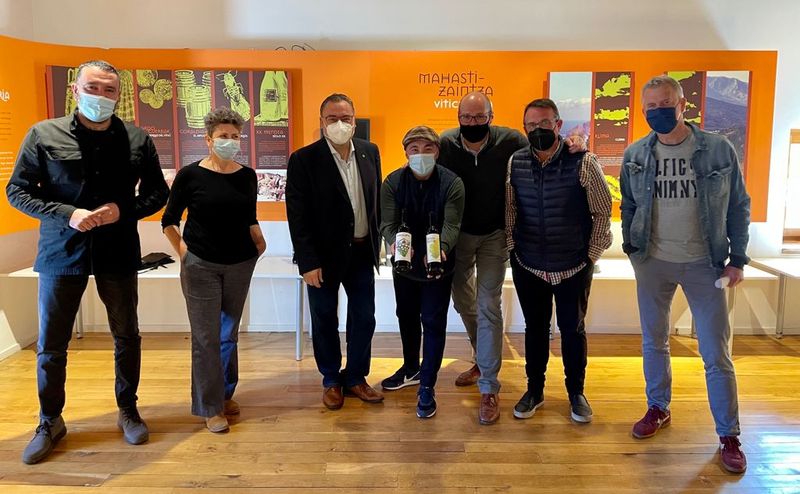 27 Apr The Regulatory Council, together with the Rotary Club of Bilbao, selects the Magarlarte Zamudio txakoli for a charity campaign

Leioa 04-23-21 The Rotary Club of Bilbao has chosen Magalarte Zamudio txakoli to raise funds for a new polio vaccination campaign through its marketing.

The selection tasting took place yesterday at the headquarters of Bizkaiko Txakolina in Mendibile Jauregia.

The Tasting Panel was made up of six sommeliers who were members of the Tasting Committee of Bizkaiko Txakolina: Iñaki Suárez, Roberto Sarriugarte, Miren Yubero, Javier de la Cruz, Asier Dañobeitia and José Mari Agirre, and a member designated by the Rotary Club: José Ignacio Junguitu.

15 wineries attached to the DO presented a total of 18 txakolis that put the expertise of the components of the tasting panel to the test, due to the high quality of all of them. According to the protagonists, the tasting was decided “by decimals because year after year there is an increase in the quality and average level of all the txakolis”.

Regarding the product of the last harvest, according to these experts “a vintage is appreciated in which a perfect ripening of the grape is appreciated, with txakolis of more structure and enveloping in the mouth”.

Since 2015, the Rotary Club has been selecting a Bizkaiko Txakolina txakoli for marketing in order to raise funds for its annual polio vaccination campaigns that take place in third world countries.

This tasting panel also selected Bitxia Berria txakoli as institutional txakoli for this year. This txakoli is made by the Talleri Berria winery located in Morga. The institutional txakoli represents the most characteristic values of the wines of the DO Bizkaiko Txakolina and is served in various acts of the Regulatory Council.

The first time that institutional txakoli will be tasted this year will be at the Bizkaiko Txakolinaren Eguna, which will be held in San Mamés next Thursday, April 29. The Regulatory Council thus recovers this traditional appointment in which it presents the new vintage, after its forced suspension last year.

Due to current restrictions, the meeting will be limited to professionals in the sector, but will maintain its essence as an act of presentation of the new txakoli and the ambassadors or “mezulariak” for this year 2021.