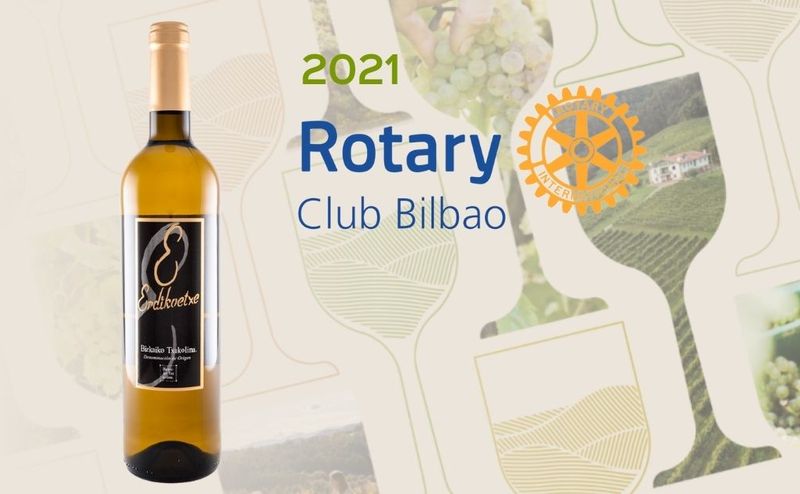 Leioa 03-17-22 The Regulatory Council of the DO Bizkaiko Txakolina, together with the Rotary Club of Bilbao, selected the txakoli Erdikoetxe, from the winery of the same name in Lezama, to, through its marketing, raise funds for a new vaccination campaign against polio. The selection tasting took place yesterday at the Bizkaiko Txakolina headquarters in Mendibile Jauregia.

Since 2015, the Rotary Club has been selecting a txakoli from Bizkaiko Txakolina for sale with the aim of raising funds for its annual polio vaccination campaigns that are carried out in third world countries.

As an act prior to the proclamation of the selected txakoli, José Ignacio Junguitu also led a tasting of different styles of txakoli for 22 people who attended the event.

A total of 16 txakoli brands from Bizkaia were presented, which honored the high level of quality of Bizkaiko Txakolina, forcing the members of the tasting panel to work hard to make their selection.