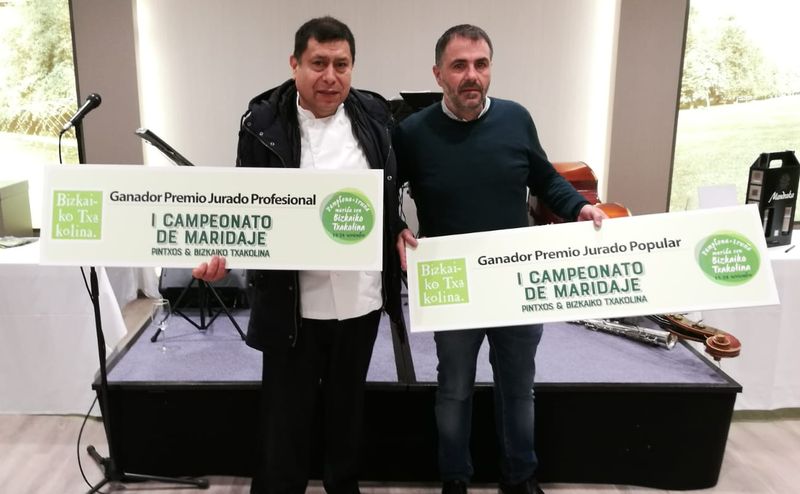 Posted at 13:10h in Sin categoría @en by bizkaikotxakolina
Share

Twenty-one (21) hospitality sector establishments from the capital of Navarre have participated, and which paired their creations with 11 txakoli brands from many other wineries of our AOC. The level of the creations entered into competition has been very high and the pairings have been particularly successful in all cases.

The winner of the first prize awarded by the professional jury was the El Goloso bar with a creation paired with the 2017 Lapazarán. The popular vote prize was awarded to Rex Casa de Comidas, who paired its pintxo with a 2017 Gorka Izagirre.