Presentation of the proposed new Regulatory Council for 2015 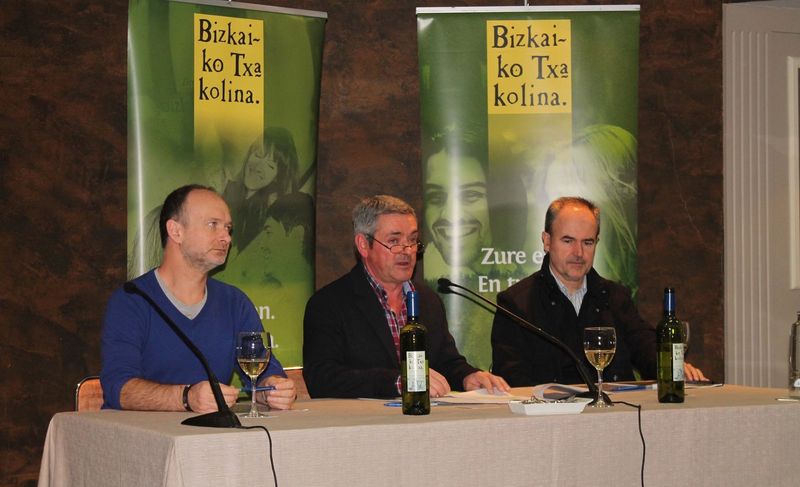 10 Mar Presentation of the proposed new Regulatory Council for 2015

Posted at 13:18h in Sin categoría @en by bizkaikotxakolina
Share

In 2014 a change in the chairmanship of the Regulatory Council of the Appellation d’Origine Contrôlée Txakoli of Biscay took place. In a meeting held on 9 December at the Mendibile head office, the Council agreed to appoint Iñaki Aretxabaleta as chairman, replacing Juan Carlos Ercoreca.

The Regulatory Council, which was set up in the spring of 2013 and whose mandate is extended to four years, comprises the following officers:

The new Regulatory Council has set as a priority objective of its mandate to raising quality control of the Txakoli of Biscay both as a final product and at origin. In order to achieve this objective, the Council will work primarily on improving the technical procedures to ensure both quality as well as origin, tightening the pertinent verifications which certify that the txakoli which is marketed and sold under the name Bizkaiko Txakolina (Txakoli of Biscay) duly complies with all the requirements stipulated under the regulation so as to obtain the certification of authenticity.

The Regulatory Council has decided to elaborate a promotion plan throughout 2015 to improve the image of Bizkaiko Txakolina (Txakoli of Biscay) informing and educating consumers, exalting its values, promoting new moments and consumption scenarios such as the home and restaurants.

This Promotion Plan which will be developed throughout 2015 includes among its most noteworthy actions several presentations in the hospitality and restaurant sectors, the holding of wine tastings, collaborations with third party events, as well as an active presence in Social Networks and the recording of a corporate video.

As every year, the highlight event of the year will be the presentation of the new vintage on Txakoli Eguna (Txakoli Day).

As regards the revamping and updating of the Appellation d’Origine Contrôlée Bizkaiko Txakolina which includes the unveiling of its new webpage, the domain name (URL) changing from .org to .eus encompassing all webpages included in the Basque culture and language.

The new www.bizkaikotxakolina.eus webpage has revamped its aesthetics so as to include more graphic elements and images, as well as detailed information and links to all the wineries included in the Appellation d’Origine Contrôlée.