The presence of the vine in Bizkaia goes back a thousand years. From the 12th to the 13th centuries onwards, wine growing for self-sufficiency and local consumption began.

Etymologically the word comes from “etxakoa” (“home-made”) or “etxeko ain” (enough for home).

During the 14th and 15th centuries, local wines began to be controlled and protected. The first documentary evidence appears in a text dated 1616 containing a reference to ‘vino chacolin’ (‘chacolin’ wine) to designate the local wine. But early in the 20th century, the competition from foreign wines and industrialisation together with a phylloxera outbreak destroyed much of the 2,874 hectares which had figured in the census in 1891.

Despite this uncertain outlook, at the end of the 19th century and early in the 20th century txakoli experienced one of its greatest moments of glory with the emergence of “chacolines”, bars for the exclusive sale of txakoli where, in addition to salt cod, squid and even elvers were served in a happy, popular atmosphere.

Halfway through the 1980s a small group of producers drove forward the revival of the vineyards and improvement in txakoli production in Bizkaia. This work received recognition with the granting in 1994 of the “Txakoli de Bizkaia-Bizkaiko Txakolina” Designation of Origin.

Right now, the term Txakoli-Txakolina is a traditional term protected by European regulations.

It is a wine with a marked personality in which white ones predominate over “ojo de gallo” rosés and red ones. 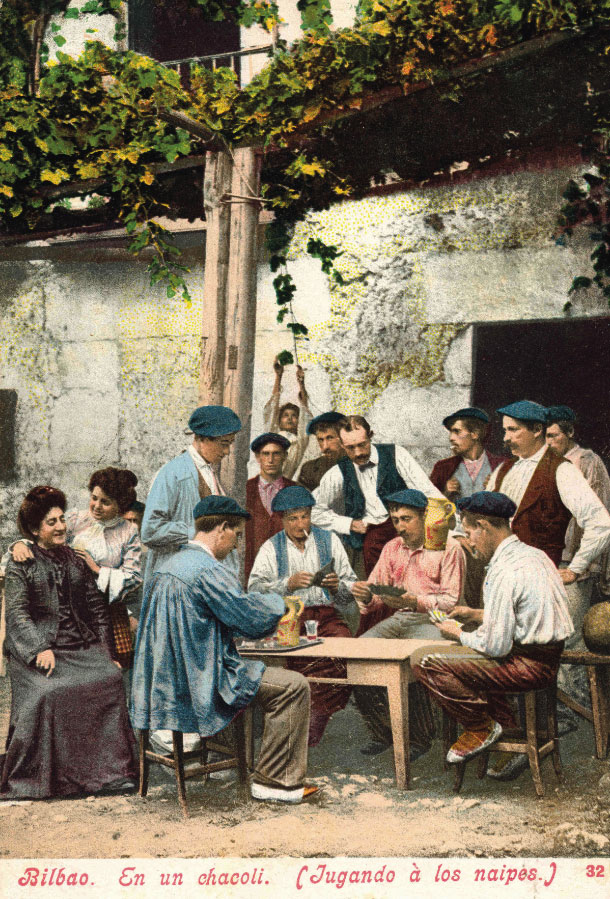