MAHASTI ARTEAN FESTIVAL, THE PERFECT PAIRING BETWEEN CULTURE AND TXAKOLI 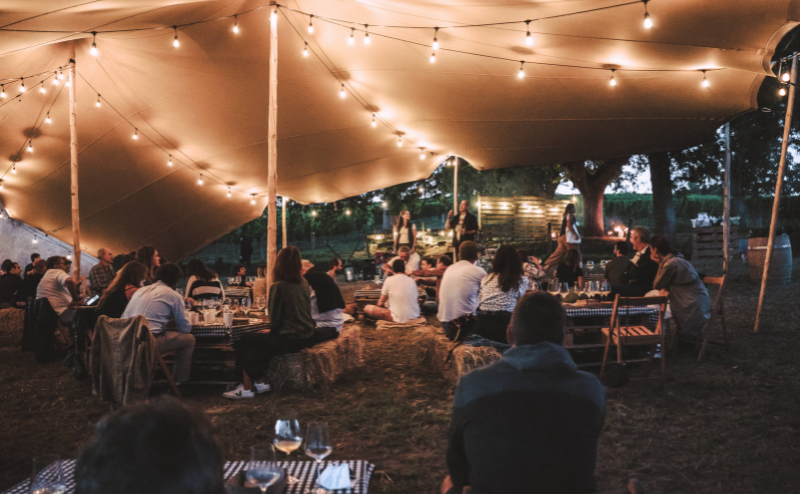 All the activities programmed in the second edition of the Mahasti Artean Festival registered a full participation.

ADR Urremendi and DO Bizkaiko Txakolina, organizers of the event, expressed their satisfaction with the great response from the public both in the cultural activities and in the pintxo contest in which fifteen hotel establishments from Gernika-Lumo participated.

Leioa 06-09-21. The second edition of the Mahasti Artean Festival held from September 3 to 5 in Urdaibai was a resounding success. More than 300 people participated in the eight small-format cultural events scheduled from Friday to Sunday. Countless people took part in the pintxo contest in which fifteen hotel establishments from Gernika-Lumo competed, in which Musutruk Kafe Antzokia was the winner.

Ekoetxea Urdaibai and the Madaixagane restaurant, Urdaibai Bird Center and the Amunategi, Berroja and Itsasmendi wineries, attached to the DO and based in Urdaibai, were the axis on which they developed eight events of different kinds, from concerts to guided tours, sightings of birds and, of course, tastings of txakoli from Bizkaia. Its well-kept vineyards, ready for the imminent harvest, constituted the ideal setting to enjoy a few days in which culture and gastronomy went hand in hand in a spectacular setting.

The visit to Jesús Mari Lazkano’s studio was one of the most outstanding activities as it was one of the few occasions on which the prestigious painter opened the doors of his studio, although all those scheduled in the extensive menu offered by Urremendi and Bizkaiko Txakolina , they registered both full, with the tickets sold out days before.

The Urremendi Rural Development Association and the DO Bizkaiko Txakolina, organizers of the event, showed their satisfaction for its perfect development and the response of the public, while thanking the collaboration of wineries, musicians, singers, guides, sommeliers and cooks who made possible their success.