Jone Loizaga, Biscay Winner in the bartender category with her Bilbo Rose, a cocktail based on Bizkaiko Txakolina (Txakoli of Biscay) 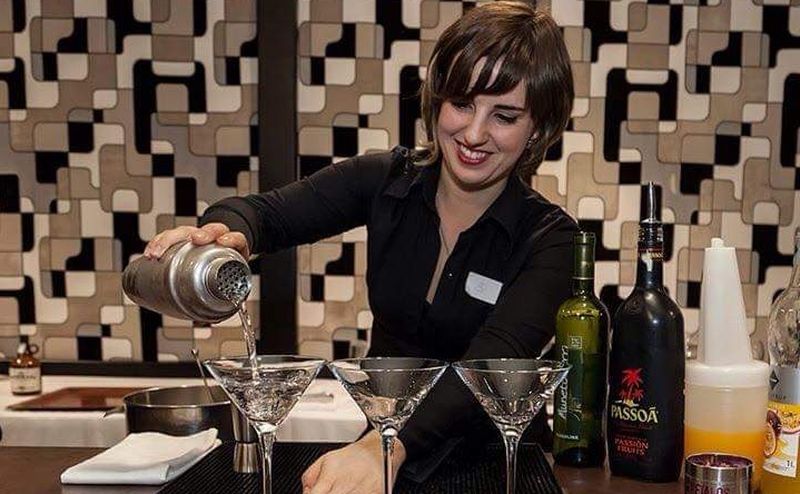 15 Oct Jone Loizaga, Biscay Winner in the bartender category with her Bilbo Rose, a cocktail based on Bizkaiko Txakolina (Txakoli of Biscay)

Posted at 12:42h in Sin categoría @en by bizkaikotxakolina
Share

Jone Loizaga was chosen as the best bartender in the 29th Biscay Cocktails Competition held in Bilbao on 5 October. Bartenders had to submit two cocktails, one in which the Bizkaiko Txakolina (Txakoli of Biscay) was required to be used, and a gin and tonic. The sum of points for the two cocktails awarding the title, and Jone with such a cocktail achieved it, especially with her Bilbo Rose (the Rose of Bilbao) which was created using a Munetaberri Txakoli, the only txakoli elaborated in the capital.

The winner unveils the formula. “It included a white Munetaberri txakoli, passion fruit, orange juice and syrup,” she reminisces to describe her creation as “a very light and fresh cocktail, with plenty of fruit, perfect for drinking in summer, for example.”

It is her first cocktail based on Txakoli which was presented in public, but this tail end finding is the result of previous work. “I carried out tests using other types of txakolis, such as the rosé, but in the end I decided to use the white Munetaberri, which is moreover from Bilbao”.

It was the first but it will not be the last. “I’m certain that this will inspire me to make other cocktails as without a doubt the Bikaiko Txakolina (Txakoli of Biscay) is a wine which offers many options for use in cocktails. It is fresh, pleasant and blends beautifully with fruit”.

At 29 Jone is an experienced veteran behind the bar, where she has worked since she was 16 years old. Combining work with her university studies in Languages and Business Management and spending four years in Ireland which gave her a cosmopolitan view of her trade. “Over there they are more beer and whiskey fans & enjoyers, but Irish people also drink cocktails, a habit which is quite not so customary here”.

She is self-taught, “I’m passionate about the hospitality sector and everything that I know I learnt on the job”. For four months now she rules the bar of the Pacífico, a restaurant which serves Mexican and Peruvian food, located at number 54 of calle Alameda de Rekalde in Bilbao, and where cocktails occupy a prominent position thanks to the wisdom of Jone Loizaga, who is, at the moment, the best bartender in Biscay.