Garena and Mendiolagan will be the 2016 Institutional Txakoli 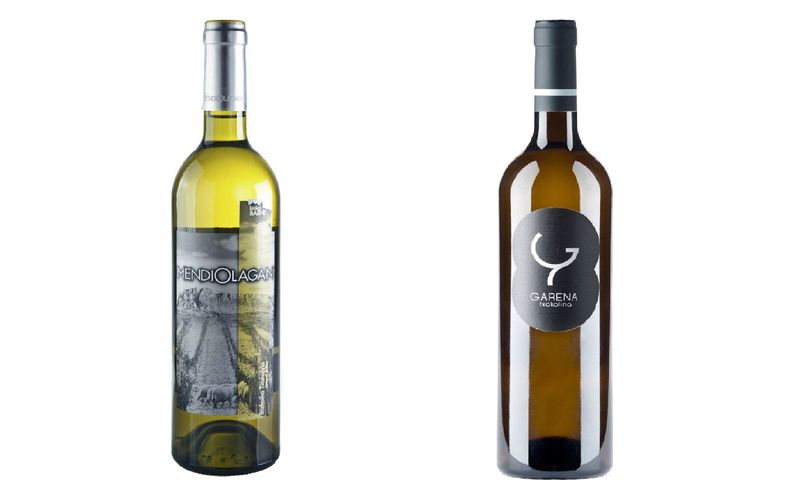 02 May Garena and Mendiolagan will be the 2016 Institutional Txakoli

Posted at 08:58h in Sin categoría @en by bizkaikotxakolina
Share

The Garena txakolis, from the Gorka Izaguirre Winery in Larrabetzu and Mendiolagan, from the Bizkai Barne winery in Orozko, have been chosen in a wine tasting held a couple of days ago, to be the 2016 Institutional Txakoli. The 2016 Institutional Txakoli represents with its own label the A.O.C. Txakoli of Biscay and will be used in official events representing Biscay. Garena is a modern txakoli which is made up from a blend of our autochthonous grape varieties, 80% Hondarrabi Zerratia and 20% Hondarrabi Zuri; these grapes are harvested by the winery from a single hectare plot of vineyard which is situated 260 metres above sea level with a perfect south facing orientation, which is bounded by two of the most important natural parks of Biscay, such as the Gorbea and Urkiola natural parks. Each of the two varieties is elaborated separately in the winery, elaborating the wine using its lees resulting in a percentage of what will be the final blend. In this fashion, it enables to maintain the traditional freshness of a Txakoli bundled in its lees, a fresh and aromatic wine but in turn dense and complex. Mendiolagan is a one hundred percent Hondarrabi Zuri Txakolina elaborated from the young vines of Orozko. An honest Txakoli with a balanced acidity and wide range of fruity and herbaceous aromas , in addition to fine white flower nuances. Fresh and very pleasant on the palate and very drinkable, exhibiting all the typical characteristics of a noble expression txakoli, perfect to be partaken as an aperitif wine.