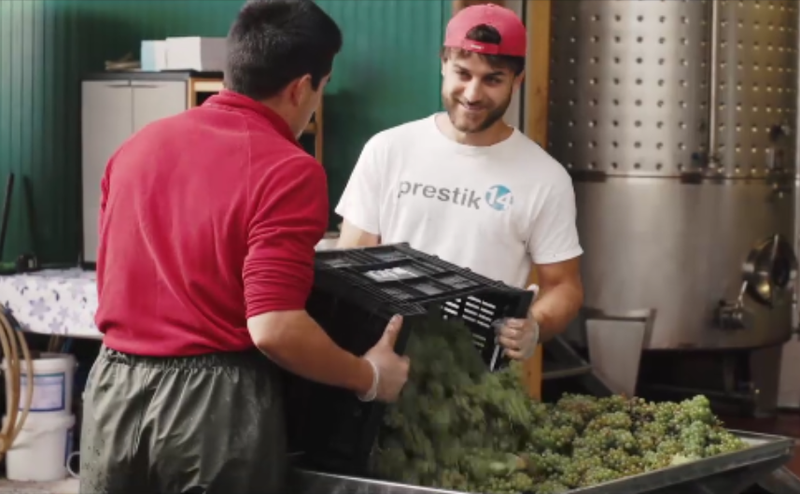 Posted at 14:37h in Sin categoría @en by bizkaikotxakolina
Share

Leioa 06-04-20. Recovering consumption, strengthening the relationship between producers and customers and reinforcing the presence of Bizkaiko Txakolina in the market are the objectives that the Regulatory Council has set itself through a communication campaign that will be developed in various phases. This campaign seeks to put a face to winemakers and winegrowers, strengthen relationships with consumers, as well as collaboration with the local hospitality industry.

Bizkaiko Txakolina puts a face on txakoli by showing the close image of its producers, people who throughout all these years have made possible the recovery and evolution of Bizkaia’s txakoli, placing it on the international scene, as evidenced by the multitude of awards and mentions collected every year.
Bizkaiko Txakolina, is a product that respects the ecosystem that surrounds it and whose production collaborates decisively in the maintenance of the natural landscape of Bizkaia. We are talking about a KM 0 product, which gathers the personality of Bizkaia in each bottle thanks to the dedication of its producers from the vineyard to the winery, combining tradition with the most advanced techniques.
THE WIDEST OFFER IN HOSPITALITY AND COMMERCE
With the aim of bringing Bizkaia txakoli closer to the consumer, the Denomination of Origin will develop various actions aimed both at supporting the hospitality industry and encouraging consumption by increasing physical points of sale and reinforcing online sales.
On the DO website, bizkaikotxakolina.eus, a specific section has been set up with a directory of all the wineries that have an online store. There are also other virtual platforms where you can find a wide range of txakolis from Bizkaia.
Regarding physical points of sale, Bizkaiko Txakolina has reached agreements with large distribution chains such as Eroski and Carrefour so that the wide range of DO wineries has a prominent presence with its exceptional variety of txakolis, from the traditional ones of the year , to the most modern proposals such as the txakolis aged on its lees or those fermented in barrels.